A month in the Big Apple 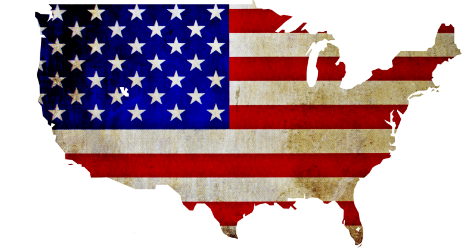 Officially a month in our new country and i’m still walking into doors the wrong way. It’s hard to believe four weeks have already passed -we’re slowly getting used to our new environment but there are still surprises here and there. Squirrels are everywhere and they’re confident little buggers. The rats in the subway are big. Creeps in the subway are worse. (More on that later).

To keep ourselves occupied while everyone was brunching with their mums on Sunday, we headed to the Empire State Building. The views were spectacular and there was absolutely no line, we went straight up! One of the employers at the ESB told me I had a Spanish face and didn’t believe me when I said I was from Australia… I’m getting that a lot.

After the private sweeping views of NYC we went for a walk to Kazu Nori – “The Original Hand Roll Bar”. We were told it’s the best Sushi in NYC so we were keen to check it out. But basically, it’s just really expensive sushi rolls. Positive that we would never go back, we were keen to try a variety of handrolls – but how many handrolls can you eat in one sitting? The atmosphere was cool, the sushi was actually not that bad, but as we’re so spoilt for delicious (cheaper) sushi in Australia we were pretty underwhelmed.

Our apartment location has been pretty great so far, we’re loving how everything’s super close. We’ve got a Fairway’s market (think Adelaide Central Market / Queen Victoria Market) on our corner, Trader Joe’s (think Coles) down the street, a LOWES (think Bunnings), a Bloomingdales (think David Jones) and the movies all on our block. We went to check out Guardians of the Galaxy on Sunday night in IMAX and really really loved it. The cinema itself is enormous, the size of the small popcorn here is the size of our large popcorn in Aus, the sound quality is fantastic and the movie was great – tick, tick tick!

I had an important meeting on Wednesday morning and turns out NYC’s weather is almost as bipolar as Melbourne’s weather, so my planned spring outfit had to change to a 100% summer outfit. I was ready to go until I realised I didn’t have any appropriate shoes! Slightly panicked (10pm the night before) I hopped online to see if Amazon Prime could deliver me some pumps in 2 hours but the earliest delivery was Thursday 😐  Remi then suggested that I just go down the street and buy some. Yaaaahs! I had totally forgot that the shops were still open – raced to the corner and picked up some black Calvin Klein heels. No need to race home though as the shops were going to be open for a while, so we dipped in and out of some little stores on the way back.

After my meeting on Wednesday I hopped on the subway to go lunch with a girlfriend on the Upper East Side that I had travelled Vietnam with. I went into a busy carriage and there was a man who was trying to get my attention as soon as I walked in (I expect he spotted me before I saw him). Ignoring him, I turned the other way and sat at the other side of the carriage. Everyone sits on the subway with their backs against the outside of the carriage facing in but he had turned to face the back of the carriage to where I was sitting and wouldn’t stop starring at me. At that stage I felt fine because the train was full, super busy and there were a lot of people between us – but he did not break his stare once. Unfortunately, we came to a popular stop where most of the passengers got off. Then, there was me, the creep, one much older lady and two other guys deep in conversation. When the carriage had emptied, the creep got up and walked over towards me and stood right in front of me and just stared at me. The older lady saw what was going on but the two guys were oblivious. I stood up and went to the other side of the carriage near the door. Luckily, the next stop was mine and I was ready to bail. Unfortunately, he also got off at the next stop. I hung back as I didn’t want him to follow me (still not sure if that was the right decision) because he kept looking back and checking I was there. I slowed down but didn’t want to  be the last one left in the station so I couldn’t just hang back and wait for him to go. We got to the exit of the station and I saw him turn left – so I turned right. But when I went around the corner he was standing there waiting for me. I rolled my eyes (inside I was packing it) and went to exit right. He watched me go all the way up the escalators but after that I didn’t see him again. It was an uncomfortable experience and it seemed like there weren’t many options to exit the situation, but luckily he ended up being harmless.

Lunch catchups on the Upper East Side was just gorgeous. It was so great to see Linda and her new bub Lucas. We hung out in the warm afternoon sun catching up on life since Vietnam and all things NYC over dumplings. Lucas loved his walk outside and fell asleep almost instantly.

That night we discovered that we had got the wrong size bed frame delivered from IKEA. (My heart broke upon discovering that I had to go back there again). Not only did we have to go back there, we had to carry the wrong bed frame all the way down, take the 1 hour drive there, return the wrong frame, purchase the right frame, drive 1 hour home and then carry it back up the stairs. Driving in NYC was fun – there was a spot of traffic and people actually got out of their cars to see what was going on. It wasn’t even that bad, but people just chill on the side of their cars as they wait for the traffic to move.

Last week I was lucky enough to skip being yelled at. But when my AMAZON Fresh delivery came on Thursday both delivery boys decided it was okay to give me lip about tips. I just smiled, thanked them and shut the door, but could still hear them as I carried everything back to the kitchen.

Friday night was an unexpected big night. We got home at 2:30am after some work drinks – the first event was totally sponsored so the drinks were free (and super strong) so we were pretty happy as we headed to our next event which we didn’t realise started AT 7:30pm and not FROM 7:30pm so we were pretty embarrassed when we discovered that upon arrival at 9:30pm. Nevertheless, we had a great night but won’t be partaking in any whiskey shots ever again.

Saturday night we headed out for a low key dinner with a friend going through agency life in NYC. It was great to hear the inside view of what agency is actually like here. With our bellies full, we walked past a whiskey bar (of all places) which was way too gorgeous for us to miss out on. When in NYC I guess! 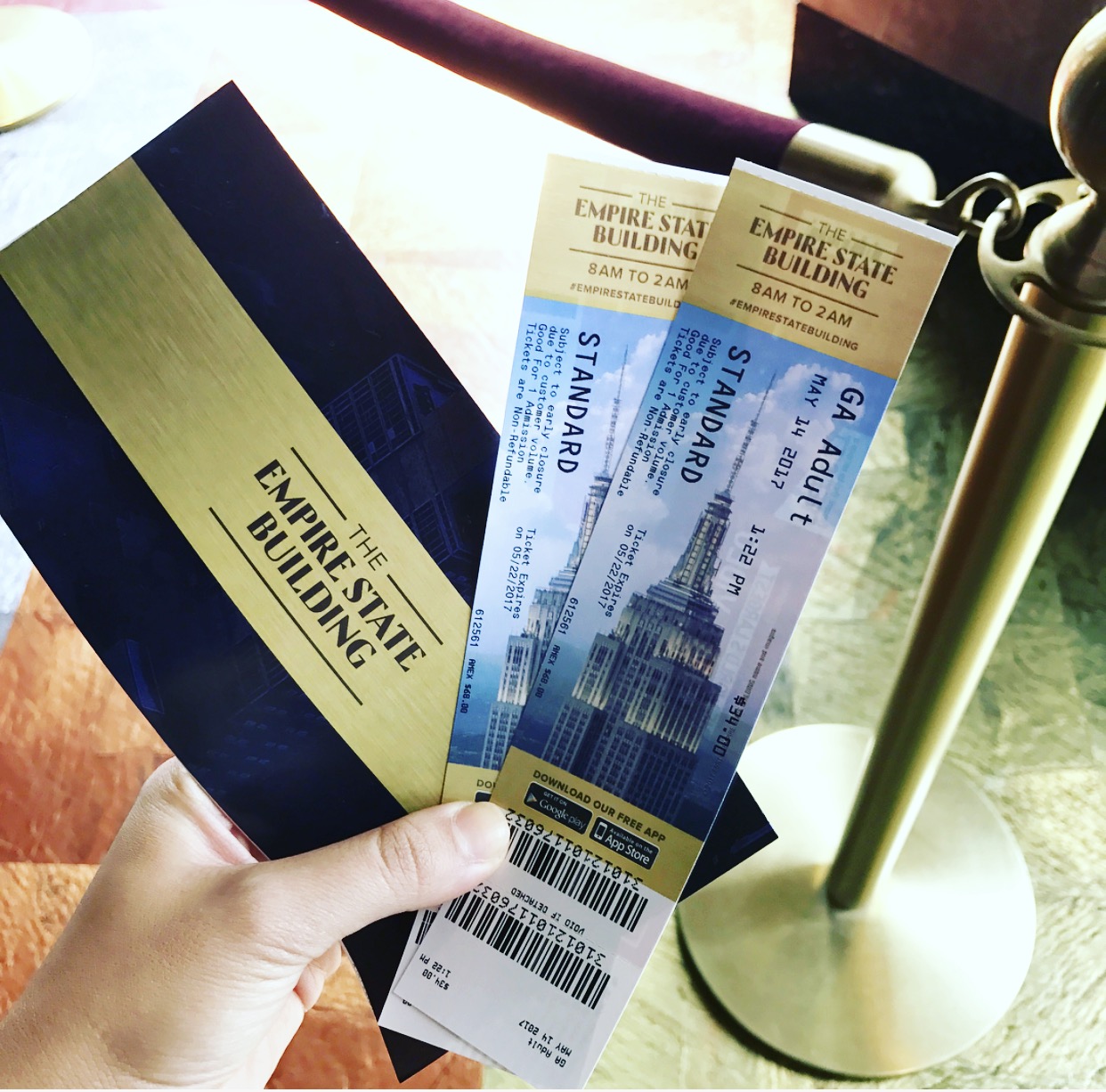 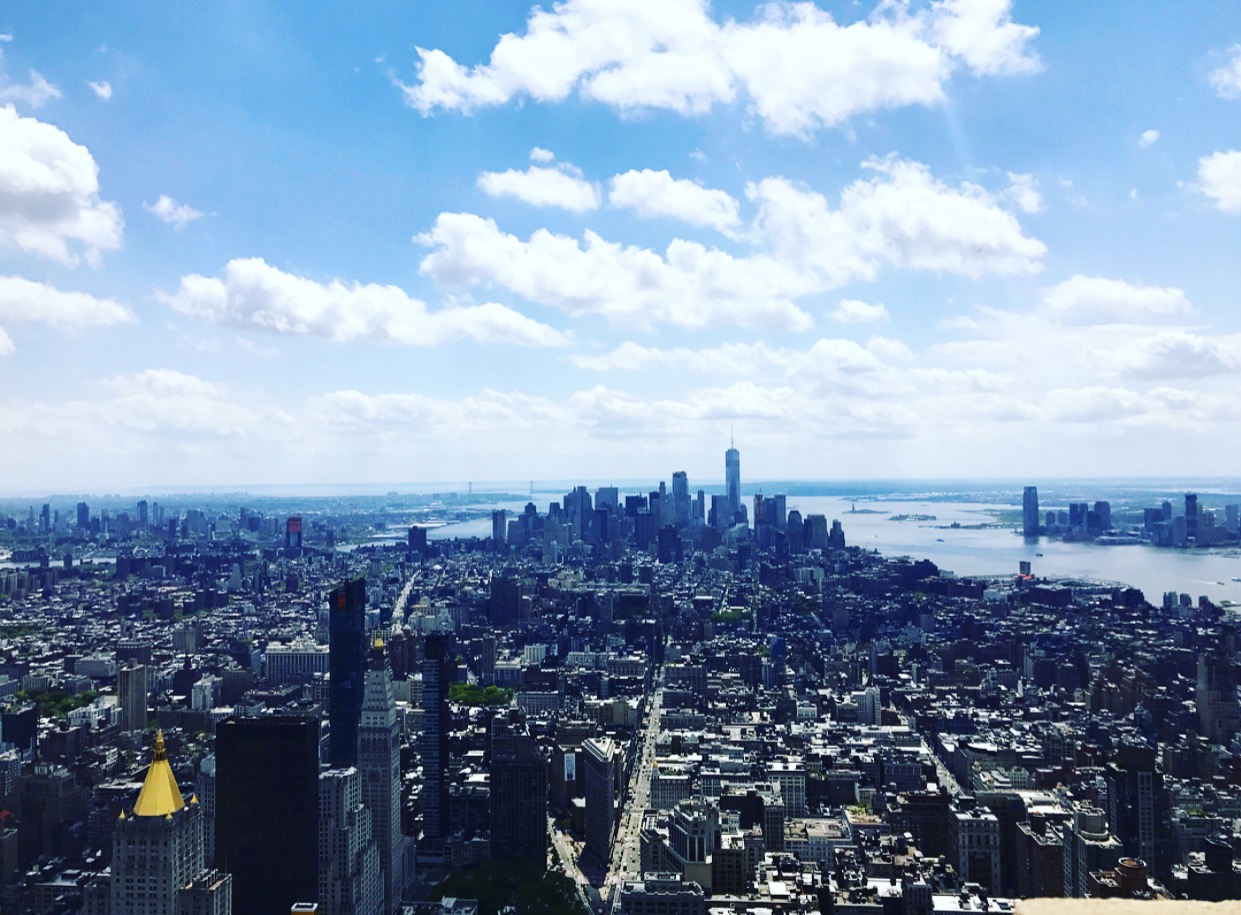 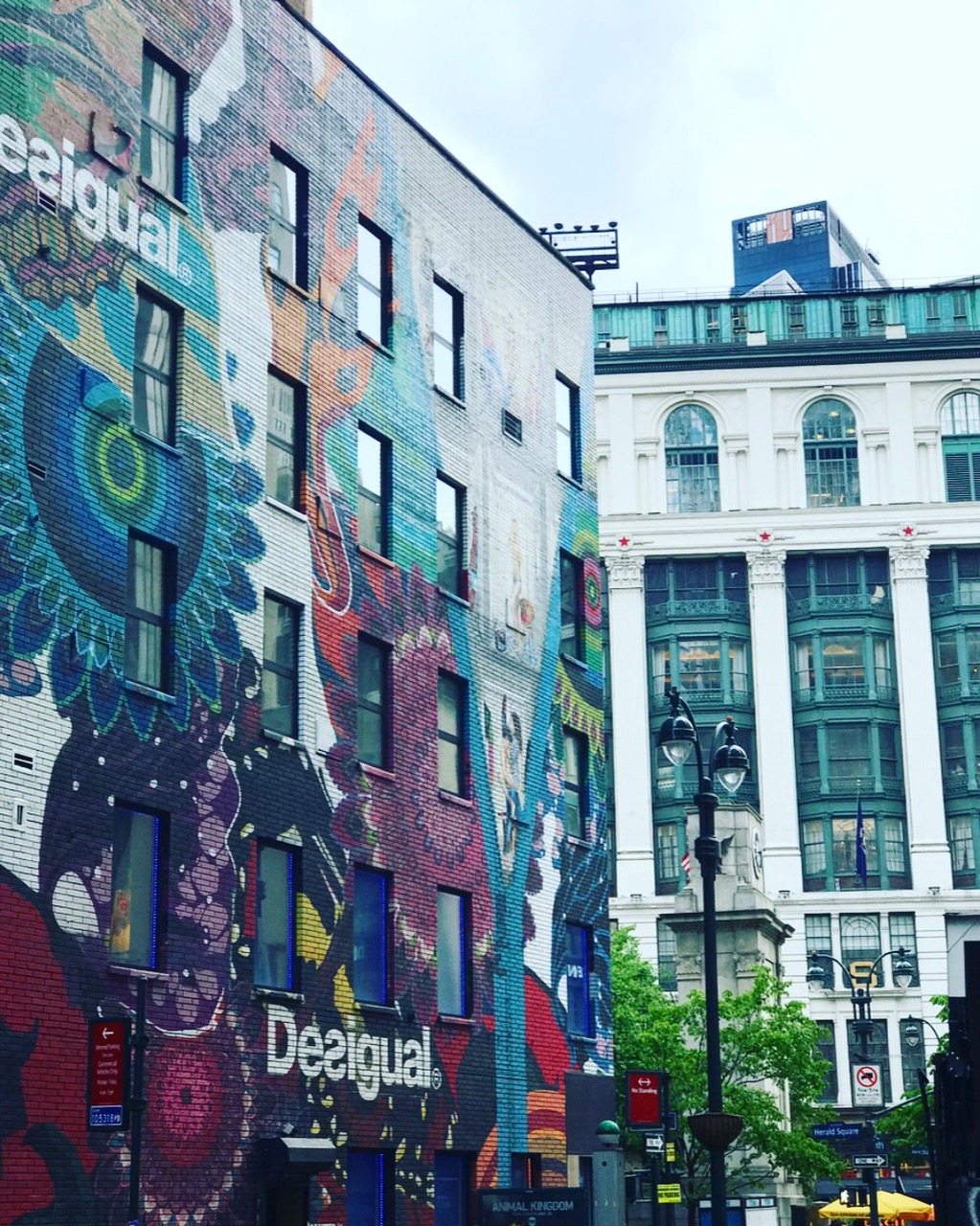 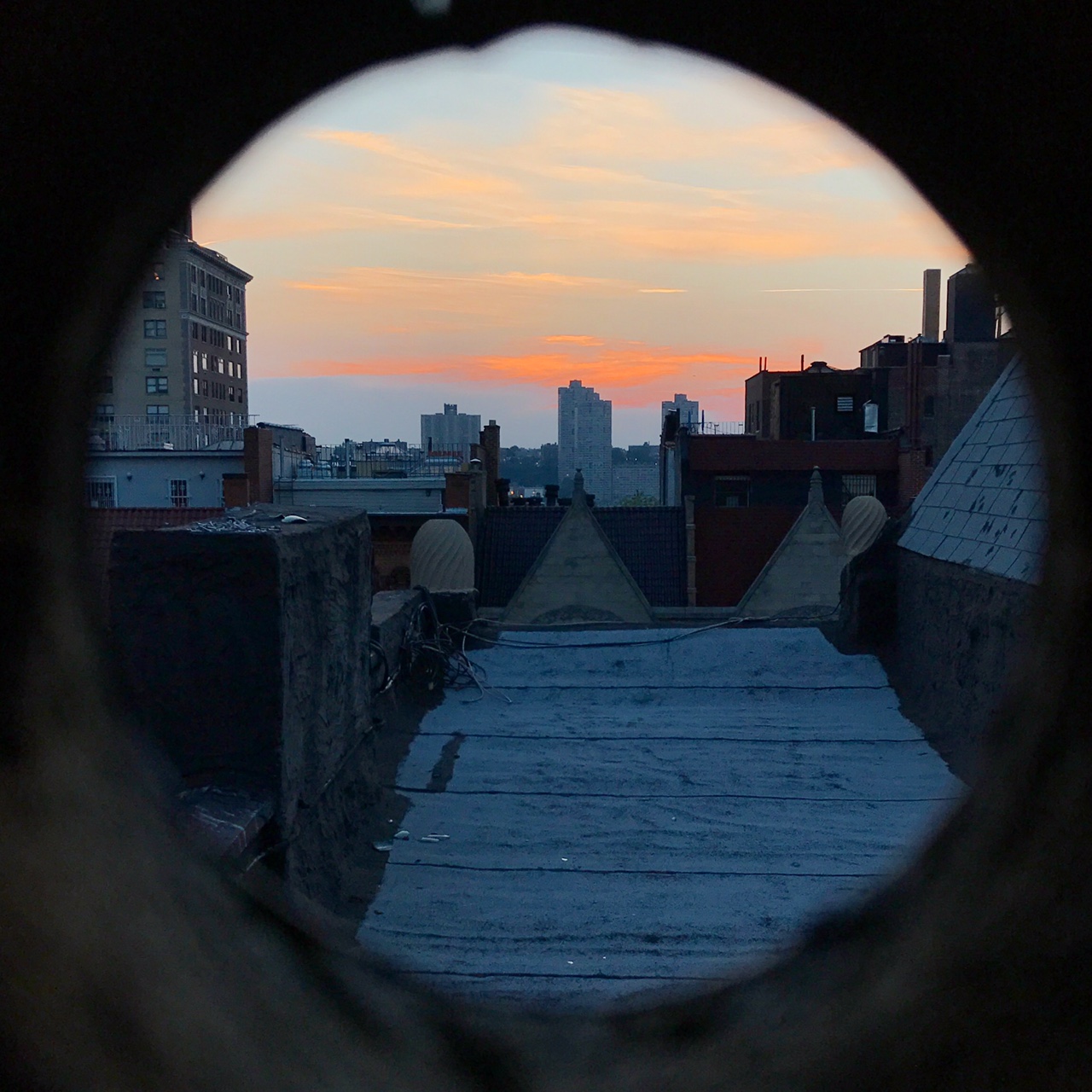 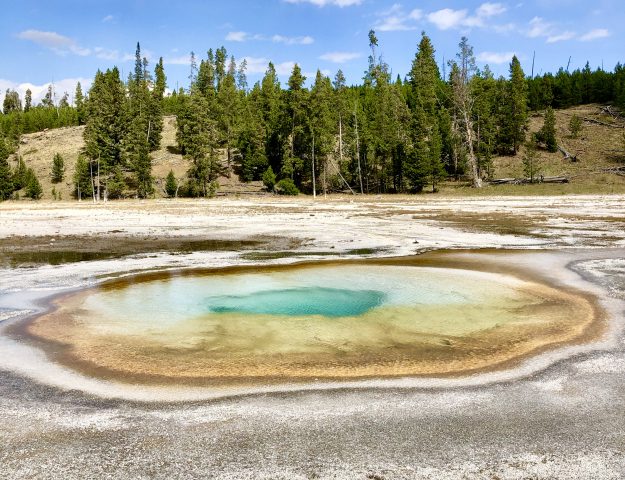 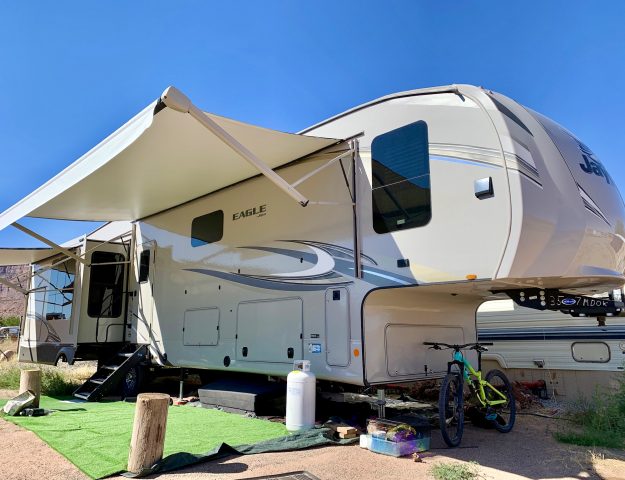