This Social Distancing Queen is angry at you

Hello internet, it’s your social distancing queen reporting in and I’ve have heaps of time on my hands to look into the statistics of COVID19. Dr David Ho, a Taiwanese-American doctor who changed how the world understood HIV and AIDS through his research, is now focusing his effort on understanding the Corona virus. He was interviewed on The Rachel Maddow show on MSNBC and helped me understand the statistics a little more, which I’d like to share with ya’ll who aren’t taking this seriously. So the way China was able to control the outbreak (albeit very late in the game) was because of the controlled measures they were able to put into place, and thats the only reason they were able to flatten the curve. Very steadily, the reported cases of newly infected people declined. South Korea was able to balance out their spike in infections due to social distancing and through public testing. 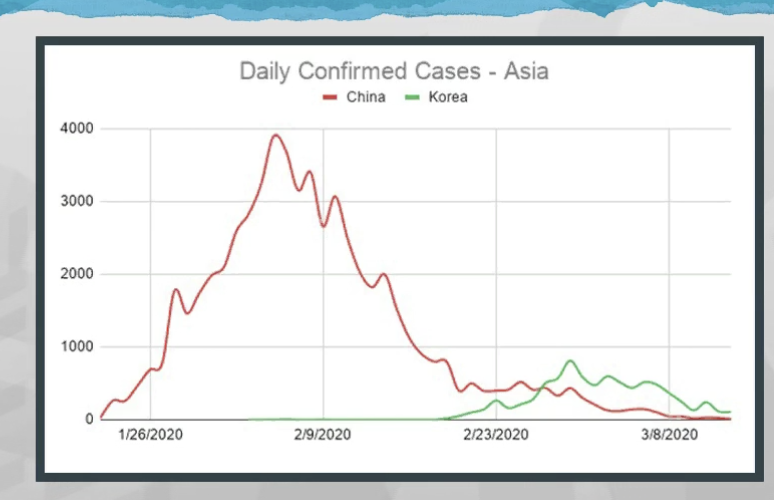 We have results from Europe over the last x3 months that shows a similar rapid rate of infection without their numbers tapering off. And we all know how that’s going…. but just in case… for those who aren’t informed, Italy, the entire country, which has 60 million people, is on lock down. 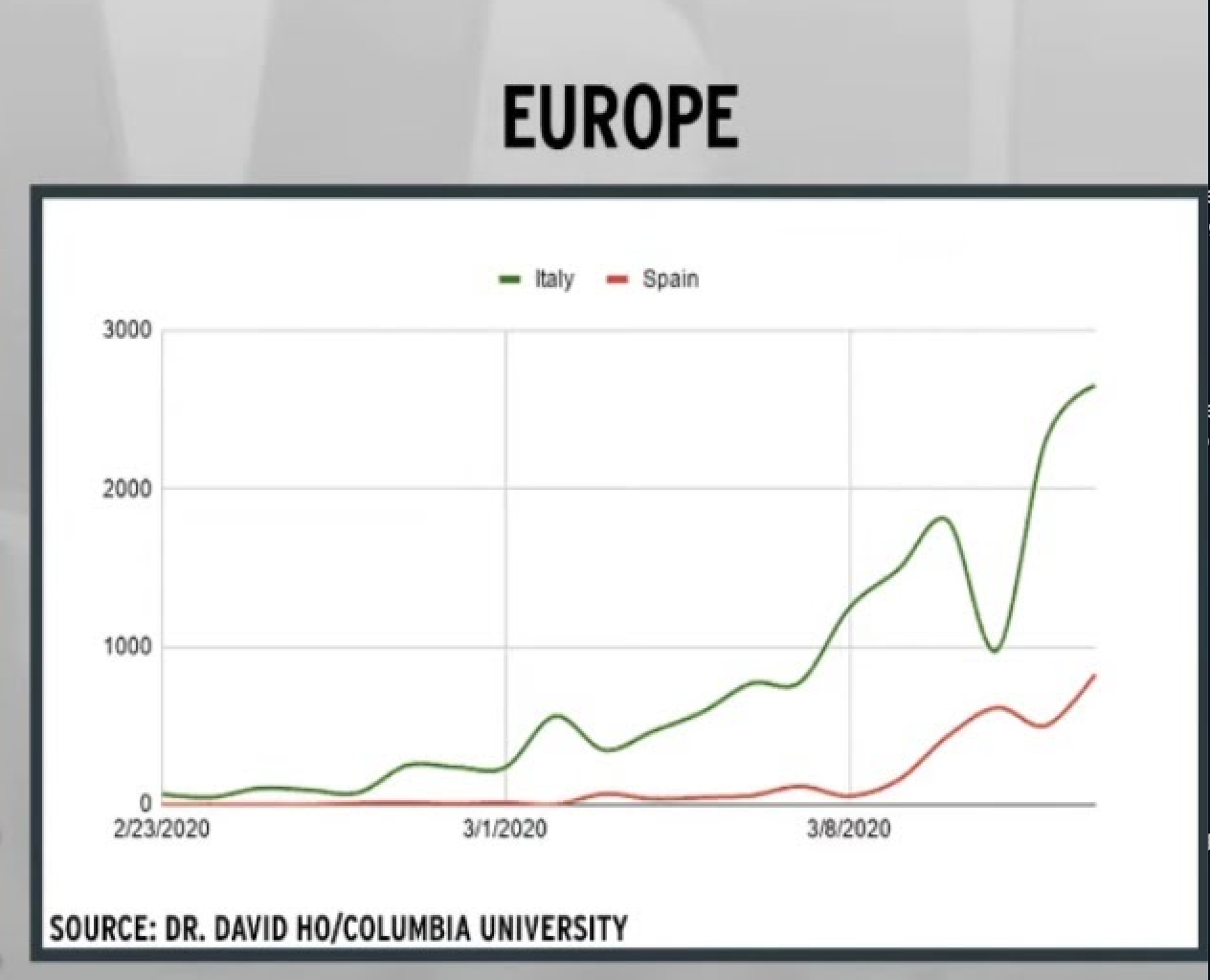 And in NYC we have a graph which shows us the results of one week (with limited testing) with the numbers of newly confirmed cases climbing. The shape of the curve between NYC and Italy implies that the same wave of the epidemic from Europe can easily sweep through NYC and the USA – and we’re not responding. The schools are still open, there’s still little – no AVAILABLE testing and so without any measures, we’ll follow the exponential growth… 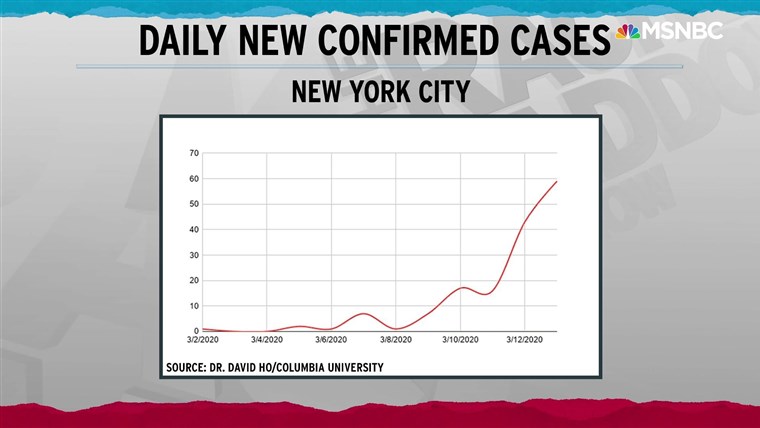 12 days ago we had the first reported case in NYC and then shortly after that, we had a 50% increase of daily confirmed cases. But no one really believes that because we don’t have the appropriate testing. Even if you have symptoms and have very valid reasons to seek out a COVID19 test, you can’t get it in NYC. They’ve set up one testing location in upstate NYC for New Rochelle where the was a severe outbreak but what about the rest of the 19.45 million people who live in the city…? 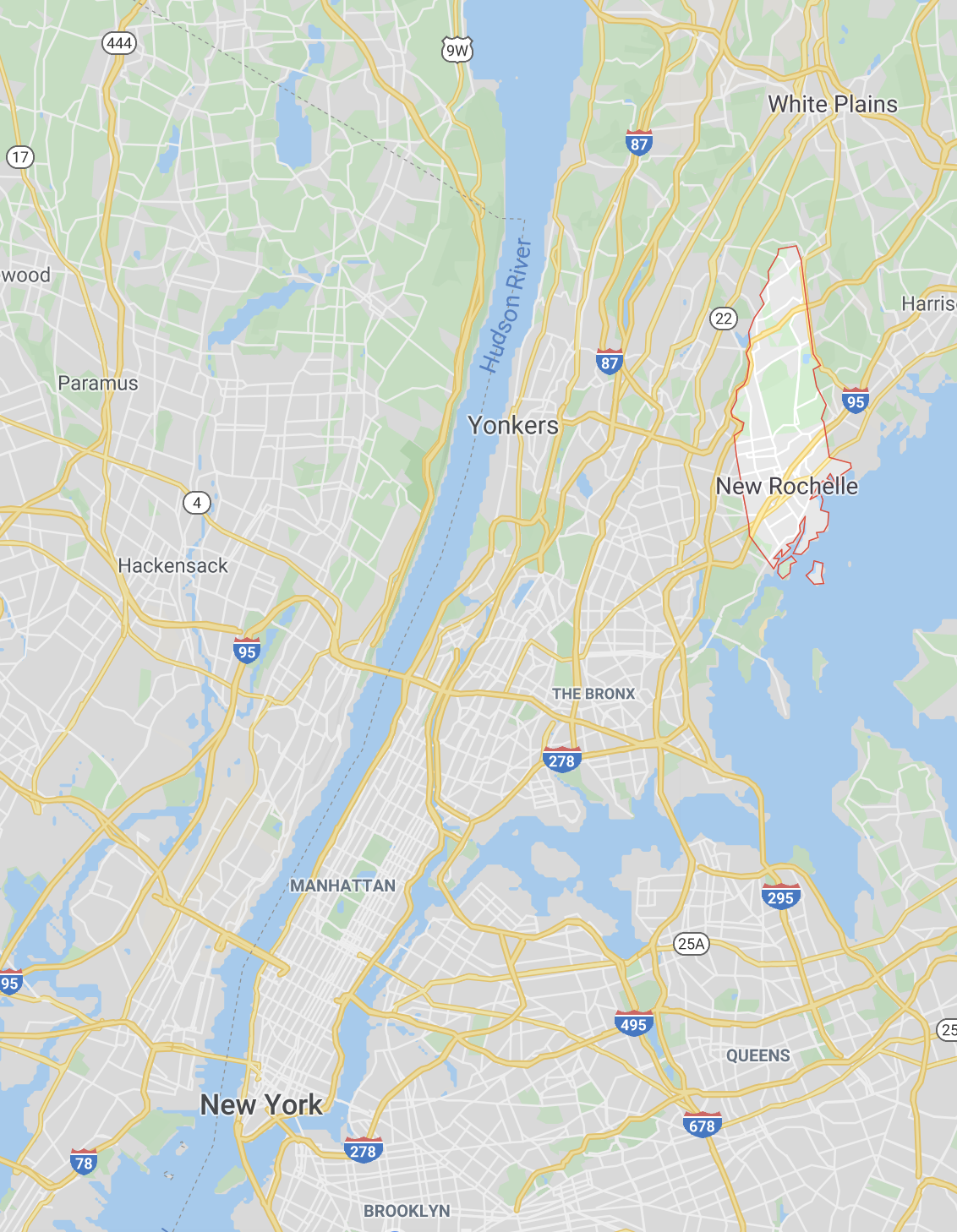 Imagine the economic impact of locking down America’s largest city. But imagine the impact if we don’t. The virus is already out of control because we acted too late, and still the State’s schools aren’t closed and the Subway still runs. Other countries have closed schools, put restaurants and bars on a curfew, and some have kept only supermarkets and chemists open to help flatten the curve.

Perhaps the most concerning thing i’ve observed living in NYC, aside from all the confusing, sometimes misleading and lack of advice from the Federal and State Governments, is the response on social media. Let’s break down why it is important for social distancing and then go through what i’ve observed.

I feel that the concept of social distancing is fairly straightforward. The point of it, is to stop or slow down the spread of a highly contagious disease. It’s not –oh I don’t feel sick so I can go out, or, i’m just going to hop to the shops quickly, it won’t hurt anyone and it’s not i’ve been isolated all day and I have to go out and socialize.   So why is it so important? There’s a thing called asymptomatic which means you can be carrying COVID19 without showing any symptoms. So while you may feel fine and not actually have any symptoms, you can carry it and spread it to others; and because the nature of the virus is so damn contagious you can do a hell of a lot of damage without even realizing it.  THIS IS THE THING PEOPLE ARE NOT UNDERSTANDING HERE. I’ve had shade thrown at me for not traveling onsite, i’ve been asked if I want to “hang out” at local bars; and i’ve been quite frank with my answer: “that’s a hard no“.  And this is exactly what i’ve been observing; people still hanging out in groups, going to bars and socializing in heavy populated areas. “You still gotta live your life” “better I get it now than later”. No, you morons. That’s not it and you’ve completely missed the point. This is not about you. It’s about your impact to the global pandemic, it’s about the people you’re going to infect, it’s about their lives and them needing access to the medical system which will totally be overrun.

There’s a huge lack of social responsibility happening and it’s totally infuriating because we can easily learn from the countries who have gone before but we’re not.  Even the New York Times is reporting that bars and restaurants have been crowded, despite all the information we have access too. 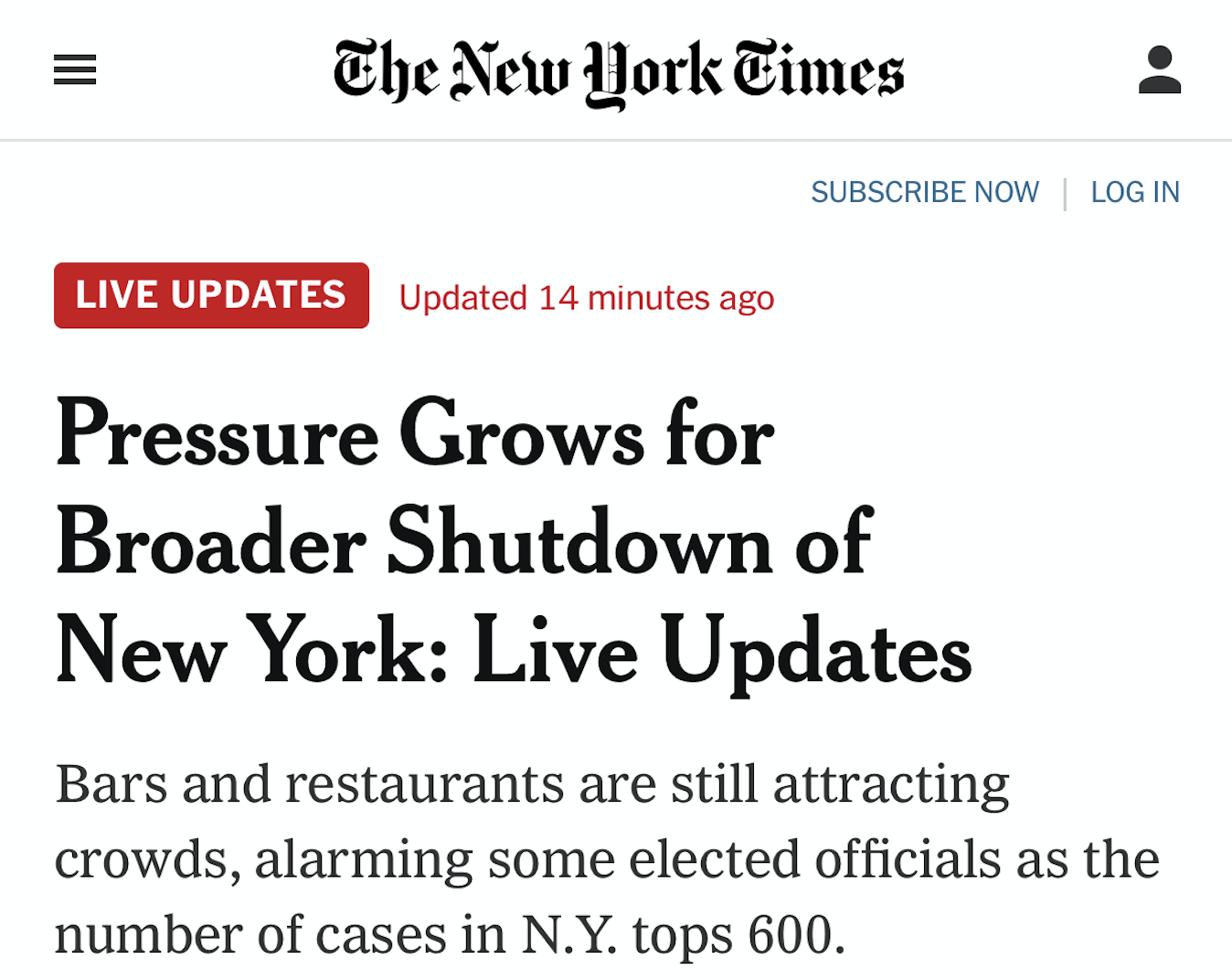 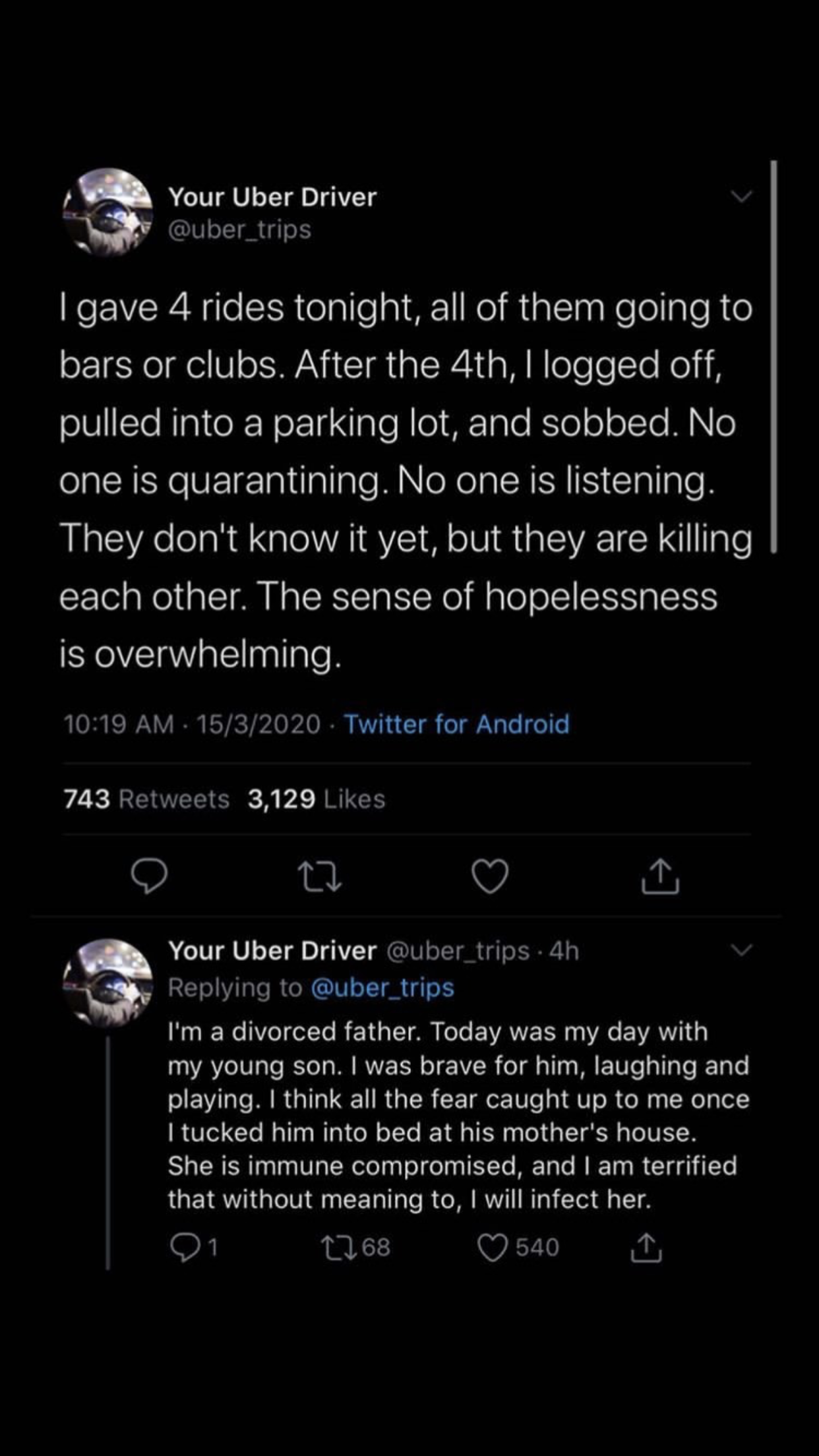 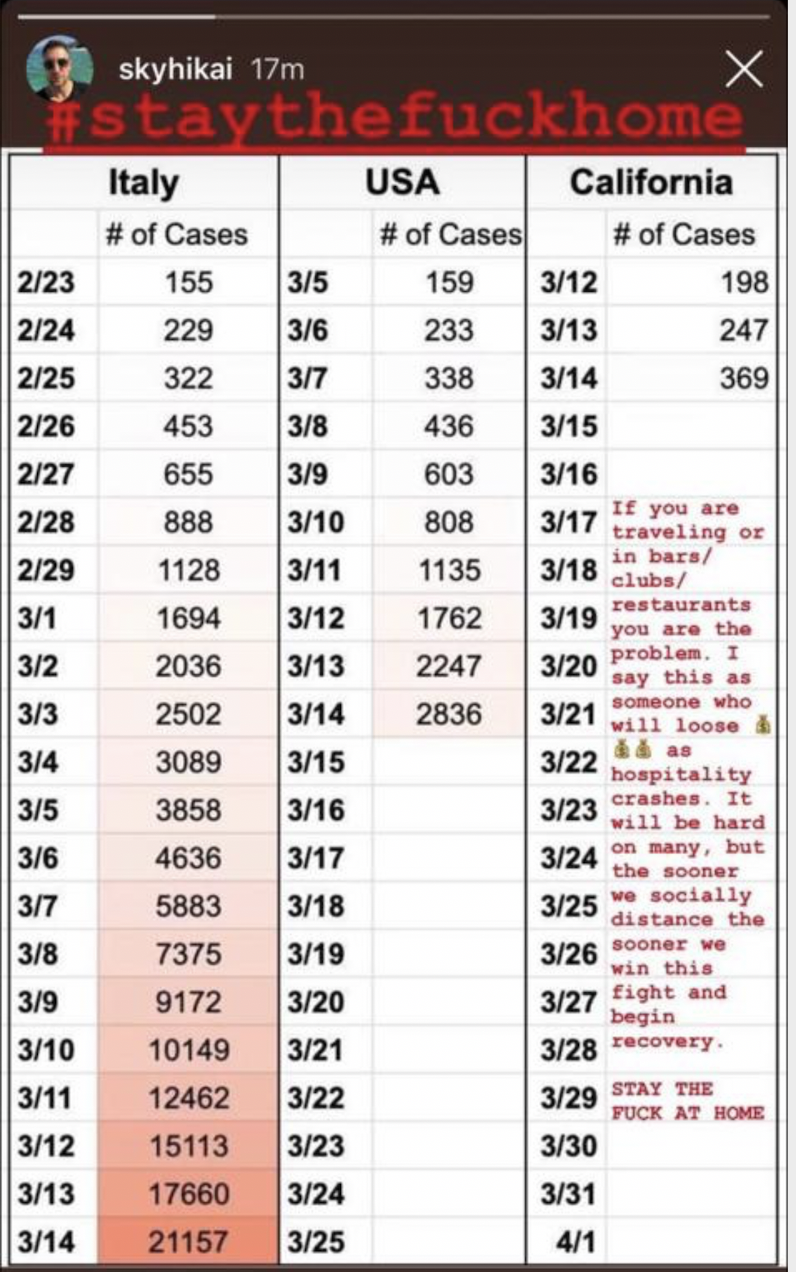 Which brings us to our current situation: (click to play) 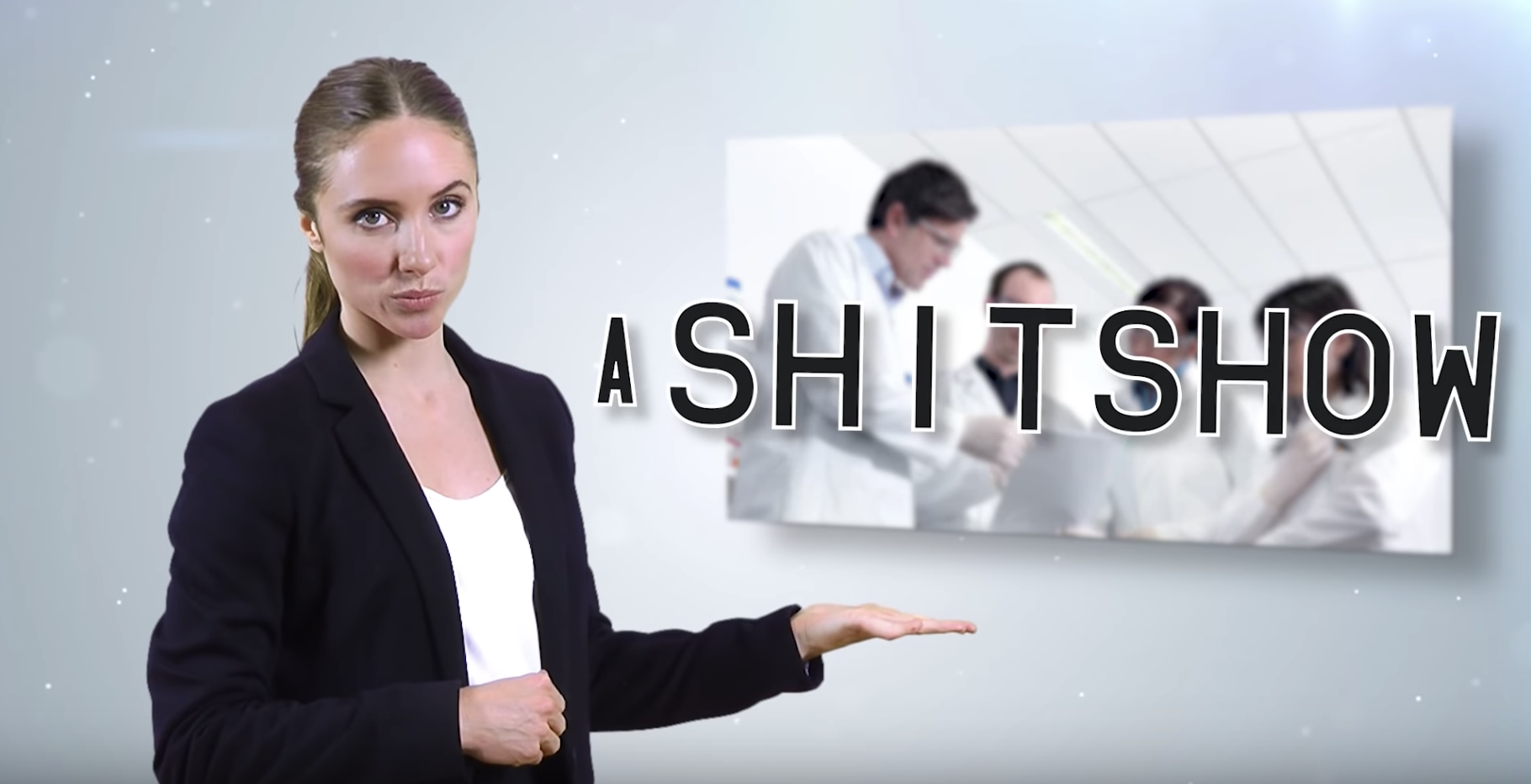 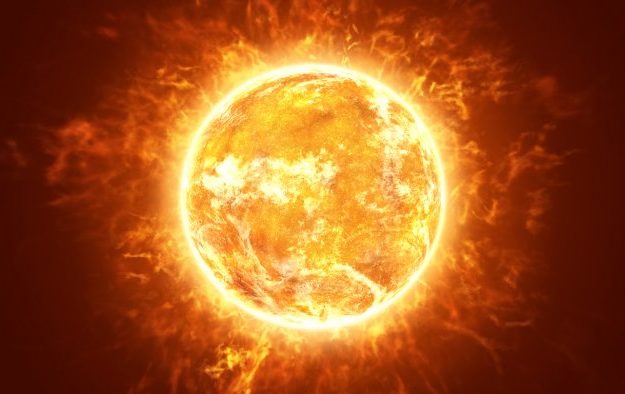 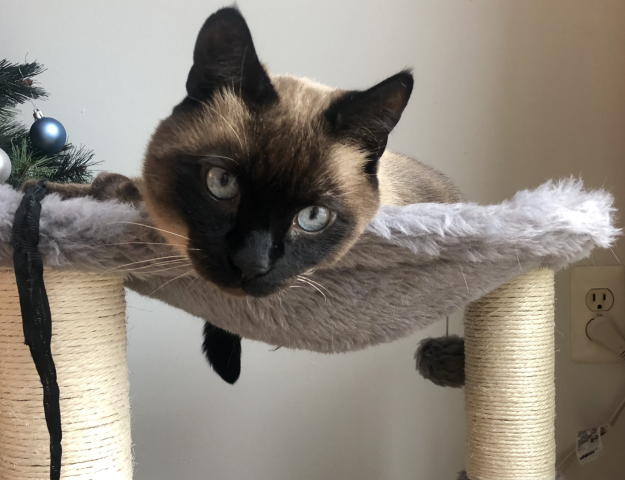